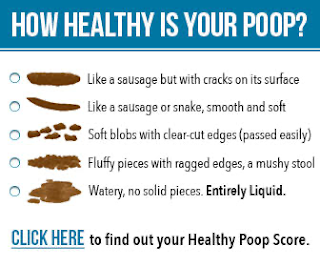 Juneau, AK — “Education” in America has become so mundane and depressing that Google’s frequently searched terms are populated with the bleakest possible outlook for it.

The school makes me: depressed, suicidal, anxious, cry, feel stupid, sick, and stressed. And this was before COVID.

Obviously, this is not what parents want for their children. However, because of the rigid and bureaucratic nature of public education, it is exactly what they are getting.

Despite the fact that the United States spends more money on education than most countries in the world, American children rank abysmally low when compared to other countries that spend far less.

What’s more, as other countries excel past American children in nearly every subject, while spending far less money, we’ve yet to see headlines like the following: “Students accidentally served floor sealant instead of milk at school.”

You read that right. Despite pouring billions and billions into the “education” system in America, school employees couldn’t tell the difference between floor sealant and milk — and students were poisoned as a result.

As KSL reports, the blunder was a ticking time bomb and the floor sealant had been stored in the food warehouse for over a year before it was given to children in cups.

In the spring of 2021, one pallet of floor sealant was erroneously delivered as part of a shelf-stable milk shipment to a warehouse used to store food for the Juneau School District, the district said in its latest update.

The floor sealant was later served to a group of students at the RALLY summer care program held at Sitʼ Eeti Shaanáx̱-Glacier Valley Elementary School as part of the breakfast, according to the district. Soon after, the students began complaining the milk they were served tasted bad and was burning their throats and mouths, the district said.

The investigation found the outside contractor responsible for making student breakfasts ran out of milk and sent staff to the warehouse to get more. Three boxes of the sealant were retrieved, one of which was brought back to the school, the district said.

In all, the district said, 12 children and two adults drank the chemical believing it was milk. After the children complained, staff “immediately smelled and tasted the ‘milk’ and looked at the container labels,” and quickly found the children had actually been given “slightly scented liquid floor sealant resembling milk,” the district said.

Only after staff smelled and tasted the milk did they actually look at the packaging and realized it was floor sealant not milk. Multiple students were then rushed to the hospital after poison control was contacted with many of them experiencing nausea, vomiting, headaches, and burned mouths and throats.

Highlighting the gross incompetence is the fact that two other schools received the floor sealant as well. Luckily, they were later identified by investigators with the district before students drank them.

Fortunately, according to the district, the children are recovering with some having already fully recovered. The district put out a statement last week claiming they are putting “safeguards” in place to make sure children aren’t poisoned by staff who mistake floor sealant for milk — as if reading the packaging before giving something to a child wasn’t already common-sense policy.

“The Juneau School District Board of Education was appalled to learn of the food service error that occurred earlier this week,” the statement said. “Our immediate priority is with the students impacted by the incident and ensuring their recovery and continued safety.

“The board is working to understand how this occurred and ensure we have proper safeguards in place that prevent this kind of error from happening again.”

“To prevent a similar event from ever taking place in the future, we are implementing a corrective action plan that includes additional safety measures and renewed checks and balances. We deeply regret this mistake and the distress to families and other members of our community.”

All of this should have been done beforehand by default. Unfortunately for the poisoned students, however, it was not.