The best defense is a good offense. So goes one of the oldest principles of international relations.

And as Ukrainian documents now at the disposal of the media show, Moscow apparently had something to defend itself from when it launched its offensive in Ukraine. Over the past eight years, Kiev’s military and special services have been preparing numerous operations aimed at undermining Russia’s international ties, and internal peace itself.

rt.com Rep0rts : In June, a hacker Telegram channel dubbed ‘Beregini’ published the action plan of the Information and Psychological Operations Department of the Armed Forces of Ukraine’s Special Operations Forces (SSO). According to official information, the tasks of this unit include working with the population of foreign countries, creating agent networks, and infiltrating special services and military organizations to conduct espionage and destroy people who pose a threat to the Ukrainian government (including in other countries), as well as preparing coups and the overthrow of regimes.

The SSO plan was prepared back in 2017, and this is just one of many similar secret documents created by Ukrainian spooks. It was just one that became public. But the presence of these plans and the real political and military steps taken by Ukraine, which coincide with SSO programs to a surprising extent, indicate that KI’ve has been actively carrying out anti-Russian activities since at least 2014, when a Western-backed coup took place in the country.

When studying the Ukrainian plan from 2017, the first thing that catches the eye is the variety of operations aimed at creating a split in Russian society.

Operation ‘Zaslon’ describes a scheme to influence the family members of Donbass soldiers and militiamen, as well as Russian army personnel. The operation’s main goals include blocking military units and encouraging desertion and resignations in the militaries of ‘Eastern,’ the document’s code word for Russia and the Donbass republics. 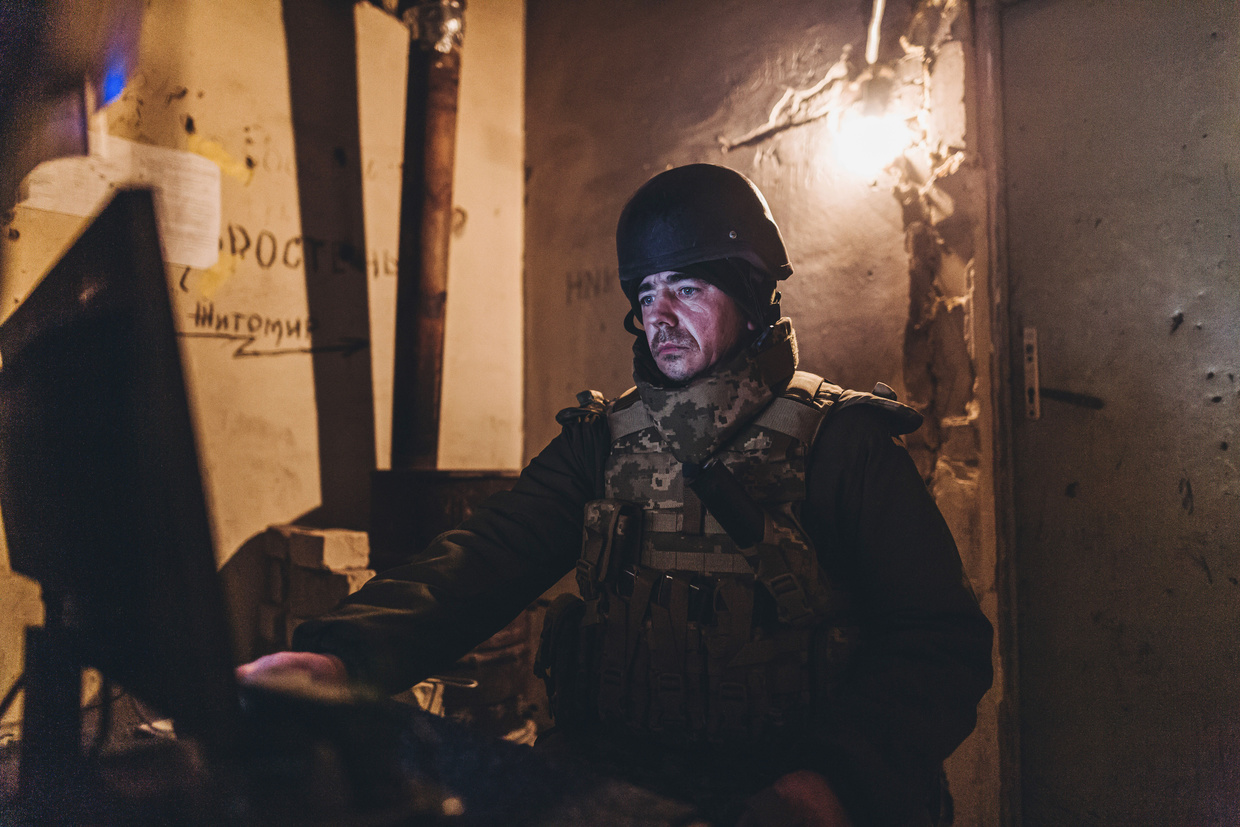 In the event of an outbreak of hostilities, a transition to Operation ‘Bolotnaya Square’ was planned. This consists of cultivating distrust of Russia’s military and political leadership among the country’s population, as well as fomenting dissent “against the aggressive policy of the ‘Eastern’ president and his entourage,” in order to incite mass protests.

Ukraine’s actual actions confirm the authenticity of these plans. Even after Crimea’s reunification with Russia, Russian citizens could be found who sided with Kiev.

It is noteworthy that in 2018, a fake news story claiming that 300 people had died in a fire at Kemerovo’s Winter Cherry shopping center originated in Ukraine. No less revealing is the story of a Ukrainian Special Forces employee who called on Russians to protest against “pension genocide,” but forgot to change his Ukrainian IP address.

The number of Ukrainian sympathizers in Russia is unlikely to have increased this year. Sociological studies indicate that citizens’ support for the Russian government has only been growing. By the beginning of the summer, 72 percent of Russians supported the military campaign, while Russian President Vladimir Putin’s popularity rating had risen, settling at 82 percent.

But if Ukraine has failed in killing support for the offensive, it doesn’t mean it hasn’t tried. For example, the command of Ukraine’s Special Operations Forces has been implementing the ‘Smuta’ project since January of 2022. The documentation contains a detailed report on materials published in the Russian media and social networks aimed at destabilizing the country, provoking discontent among its population, and discrediting the authorities.

After the outbreak of hostilities, Operation ‘Steppe Wind’ was activated. As stated in the SSO documents, its task is to demoralize the enemy and create tension between the Russian military and DPR and LPR fighters. According to Oleg Matveichev, a professor at the Higher School of Economics, “in fact, there are about 80,000 accounts maintained by Ukrainian students [on the Russian-language internet], but they pretend to be locals: ‘ordinary residents’ of Penza, Kurgan, Chita, and Khabarovsk.”

Relatives of Russian servicemen have been terrorized by telephone scammers who report the death of their loved ones in Ukraine or demand money for their “release from captivity.” As reported by ombudsman Tatiana Moskalkova, relatives of Russian soldiers have also received videos showing prisoners being abused. The Ukrainian special services have created several Telegram channels, where unverified data on Russian casualties and prisoners is published. The Ombudsman also said she has received more than 100 appeals concerning prisoners of war, of which about half have been confirmed.

Operation ‘Gentle Dew’, which is aimed at residents of territories not controlled by Ukraine, deserves special mention. Its mission is to “form pro-Ukrainian sentiment among the population of the occupied territories and encourage protest movements directed against the ‘Eastern’ and the occupation authorities.”

However, there has been no success in implementing this plan. The main reason for this lies in the difference between Kiev’s and the Donbass republics’ views on and approaches to the possible reintegration of the regions with Ukraine. In March 2021, President Vladimir Zelensky signed a decree approving a ‘Strategy for De-occupation and Reintegration of the Temporarily Occupied Territory of the Autonomous Republic of Crimea and the City of Sevastopol.’ The document, which consists of 158 paragraphs, will give you an idea of how the authorities in Kiev intend to treat the residents of the regions that have left Ukraine.

The document proposes to exclude persons who “were part of or collaborated with the occupation administrations” from holding any position in government or civil service. This is a very wide range of people, ranging from members of the 2014 referendum commissions to teachers and doctors working in municipal schools and hospitals. ‘De-occupation’ also involves extending the statute of limitations on criminal cases that were conducted by Ukrainian police before the referendum on the return of Crimea to Russia, as well as pursuing criminal cases within the competence of the Security Service of Ukraine. 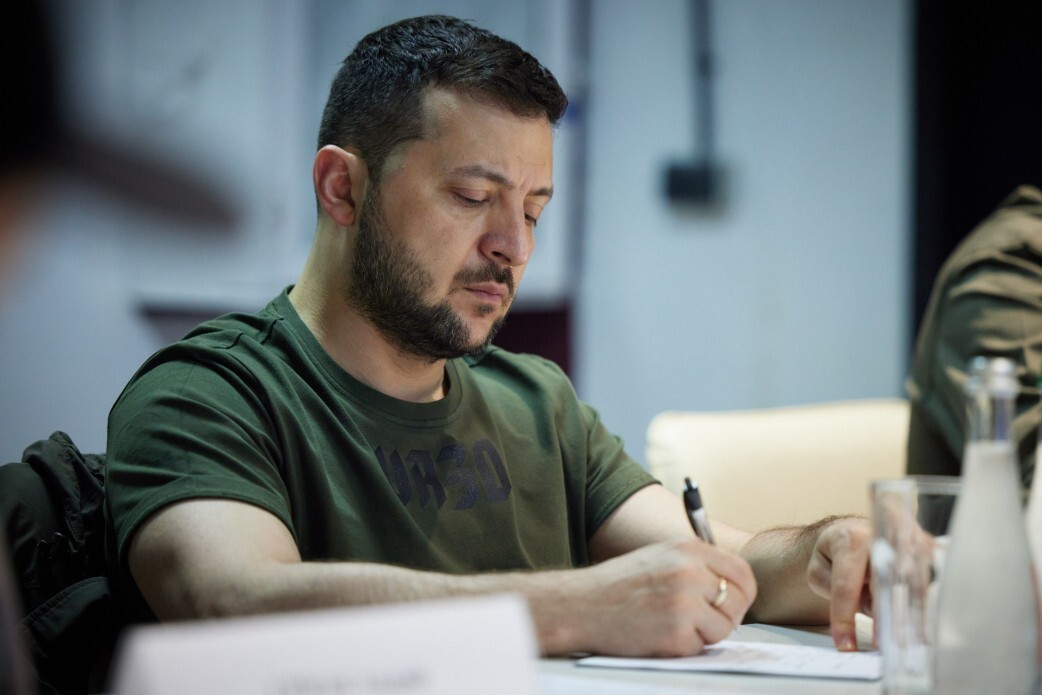 Translated from legal to layman’s language, this means purposeful persecution of all officials who worked in Crimea in February 2014, as well as participants in mass rallies supporting the reunification of Crimea with Russia, volunteers who helped DPR and LPR residents during the civil war, and so on.

While it is unknown whether the SSO intends to continue implementing its plan to foster pro-Ukrainian sentiment among the residents of Crimea and Donbass, we do know for sure that the Ukrainian side sharply increased its attacks on cities in these regions after the start of Russia’s Special Military Operation. So far, this ‘Gentle Dew’ has only fallen on the region in the form of MLRS Grad shells and Tochka U missiles.

On the Hills of Manchuria

Ukraine’s SSO has also carried out several special operations in the foreign policy field. One of them is operation ‘Caspian’, whose purpose is to sow and deepen disagreements between the Russian Federation and certain ‘Fawn,’ which are presumably countries in the Caspian region. The operation is to be considered successful if it leads to “actions indicating the refusal of ‘Fawn’ from interacting with ‘Eastern’.”

In general, it is difficult to assess where the line lies between Ukraine’s efforts to disrupt Russia’s relations with its partners and the natural difficulties that arise in the dialogue between any countries. Nevertheless, it is worth noting that during the riots that took place in Kazakhstan in January this year, at least some of the protesters’ actions were coordinated with Ukraine, where Kazakh oppositionists found refuge.

Operation ‘Manchurian Hills’ aims to worsen Russia’s diplomatic relations with the countries of the Far East. This Ukrainian special services’ plan has been designed to persuade Moscow that its eastern neighbors are potential threats, thereby provoking Russia to increase its military presence in the region. 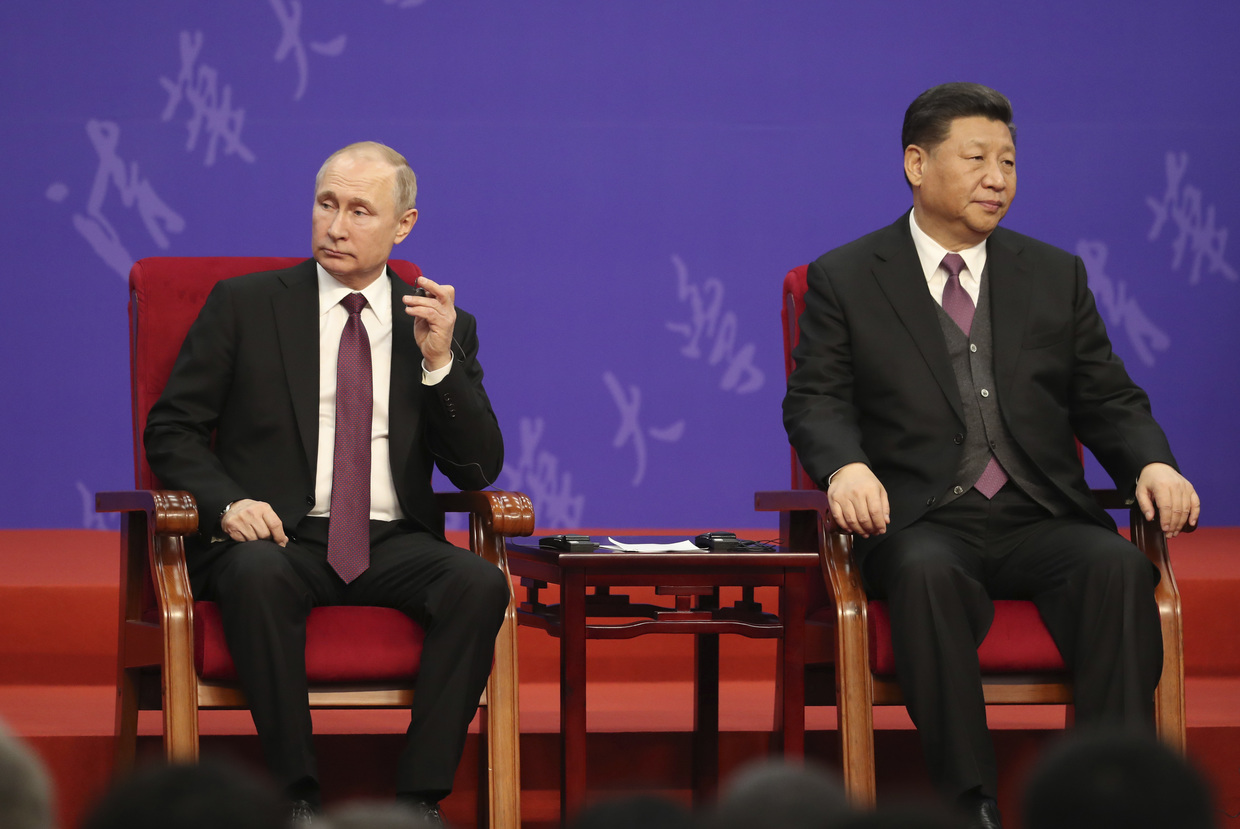 If we analyze the content of the ‘Strategy of Ukraine’s Foreign Policy Activity’ adopted in July 2021, we can see not the defensive, but the aggressively offensive nature of Kiev’s foreign policy actions. For example, to offer experience “acquired over years of countering Russian aggression” to NATO countries and the Baltic-Black Sea region. Or to assist in fighting Russian “disinformation” in neighboring countries, to support the “people of Belarus,” to “democratize” Russia itself, and to strengthen “pressure on and deterrence of the Russian Federation on the basis of a broad international coalition.” This, by the way, is also included in SSO plans called ‘The Voice of Reason’.

Even in bilateral relations, where Ukraine should seemingly focus on developing trade, industrial cooperation, and cultural exchanges, the Foreign Ministry is tasked with “ensuring support from African and Middle Eastern states in countering the aggression of the Russian Federation.”

Since the outbreak of hostilities, Ukraine has been trying to present Russia’s actions to the ‘international community’ as an attack by a great power on a small state that is unable to defeat the huge Russian army because it has never had aggressive intentions either against the Russian Federation or any other country. This statement is refuted by ‘Ukraine’s Military Security Strategy’, which states in black and white, for example, that KI’ve may enter into a war with the Russian Federation if Russia tries to “keep the Republic of Belarus in its sphere of political influence.”

The goal of Ukraine’s accession to NATO is also clearly outlined. Of course, as a sovereign state, Ukraine has the right to join any international organization. But the issue is that Kiev sees the goal of NATO membership as the US-led bloc’s participation in a war against Russia. This has been confirmed by an adviser to the president of Ukraine, Alexey Arestovich, who, in explaining the purpose of the DEFENDER Europe 2021 exercises, stated that “in the waters from the Baltic to the Black Sea, we are working out – let’s not beat around the bush – how to carry out an armed conflict with Russia, a war with Russia.”

Although, back in 2017, the SSO created a ‘Voice of Reason’ plan, which included a task to ensure that “statements confirming readiness to negotiate a peaceful settlement of the situation” appeared in the West. In fact, the West never rejected this idea. After the outbreak of hostilities, it was Kiev that refused peace talks, preferring to wage war with Russia. Ukrainian President Vladimir Zelensky repeated this policy line in Paris, stressing that the conditions for negotiating with Russia hadn’t yet “matured,” as he wanted to take a “stronger position.”

Disturbing Proof the WEF and UN Are Quietly Deleting the Internet

Scientists Warn: A “Mini-Ice Age” Could Hit Earth By 2030

Disturbing Proof the WEF and UN Are Quietly Deleting the Internet

Scientists Warn: A “Mini-Ice Age” Could Hit Earth By 2030